Home › Mock Lap Band Surgery › For the KALE of it

For the KALE of it

I always recognize my friend’s car on the road or in a parking lot. Why? She has a bumper sticker that says “Eat More Kale”.

Today I decided to take her advice.

In my post – Lettuce Forget the Bun, I mentioned going to an anniversary party for a loved one who needs to keep gluten out of her home. Because of her wealth of knowledge about eating all things healthy, I asked her how much kale I should put in a smoothie. I was a little unsure about using it because I saw no reason to change my favorite treat, but was willing to give it a try. She said to just use a handful to start.
For my smoothie I used a very ripe banana, 1 cup frozen strawberries, 1 cup kale and 1 cup milk. 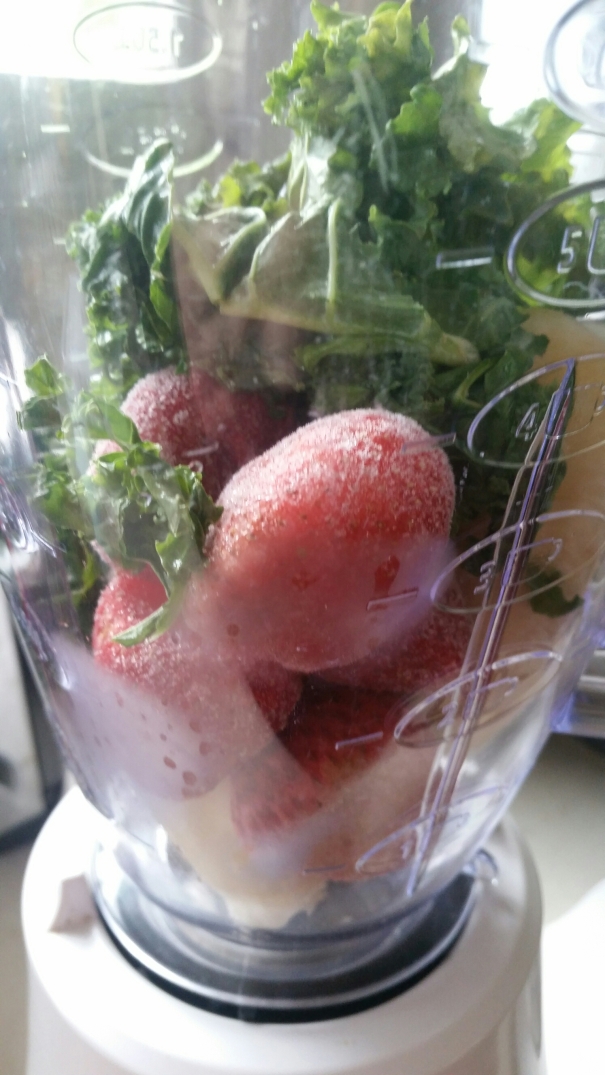 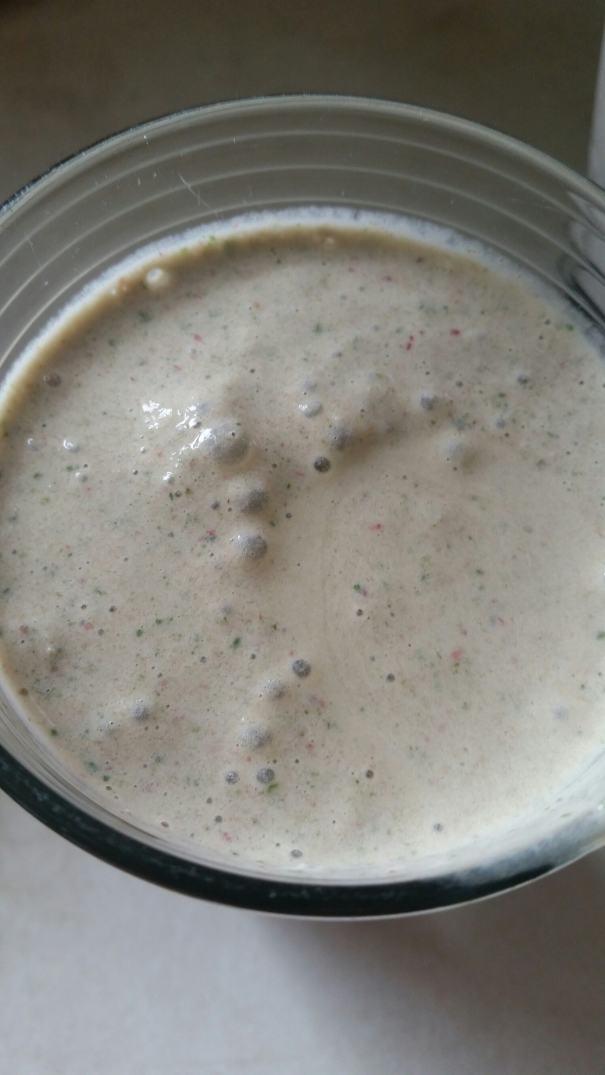 What I found was this tasted just as good as it does without the kale. In fact, the kale did not stand out at all. I am not sure it really makes the smoothie healthier, but it is certainly an easy way to eat more kale.

A funny thing I learned was that kale has protein and other veggies in my house do as well. I had always known legumes and nuts had protein, I just did not know greens do. It certainly is easier to get the full amount of protein in a daily diet.

Because it is clean the refrigerator day, I made some beef broth. I used a soup bone and added the following veggies I had on hand: onion, tomato, garlic, carrots, brussel sprouts, cauliflower, broccoli, mushrooms, spinach and – you guessed it – kale. 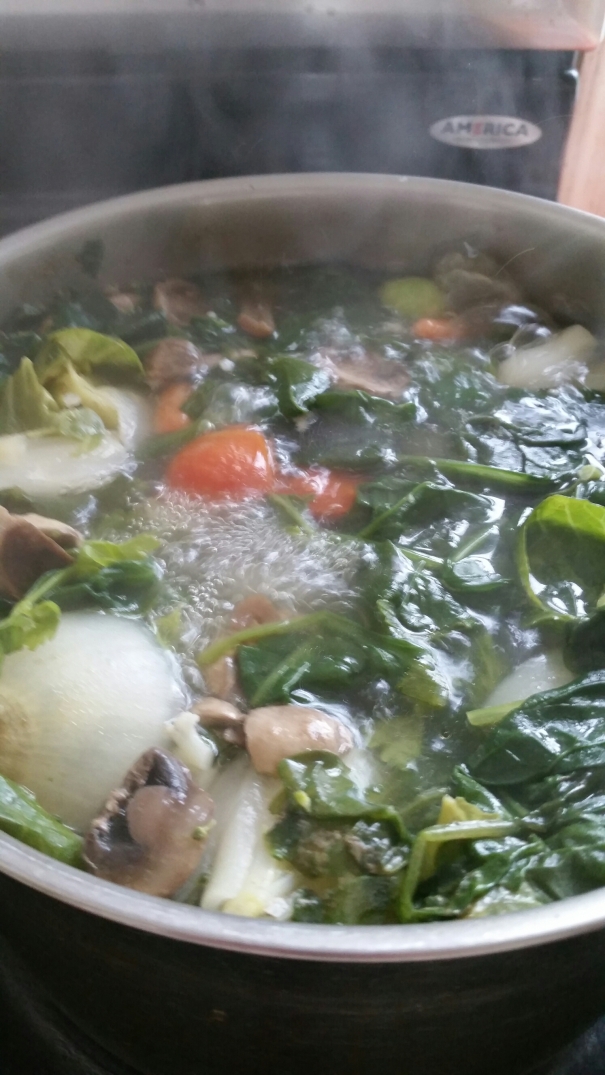 Now, I have no idea how many calories it has or what the nutritional values are, but I do know it tastes good. I usually drink a couple of mugs full when I make it and save the rest for cooking.

Finally, because I couldn’t resist, I made kale chips. I read two different recipes online and they were both different, but I ended up tossing the kale with olive oil and sprinkled it with sea salt. Then I baked it at 350 degrees for 10 minutes. I flipped the leaves half-way through. 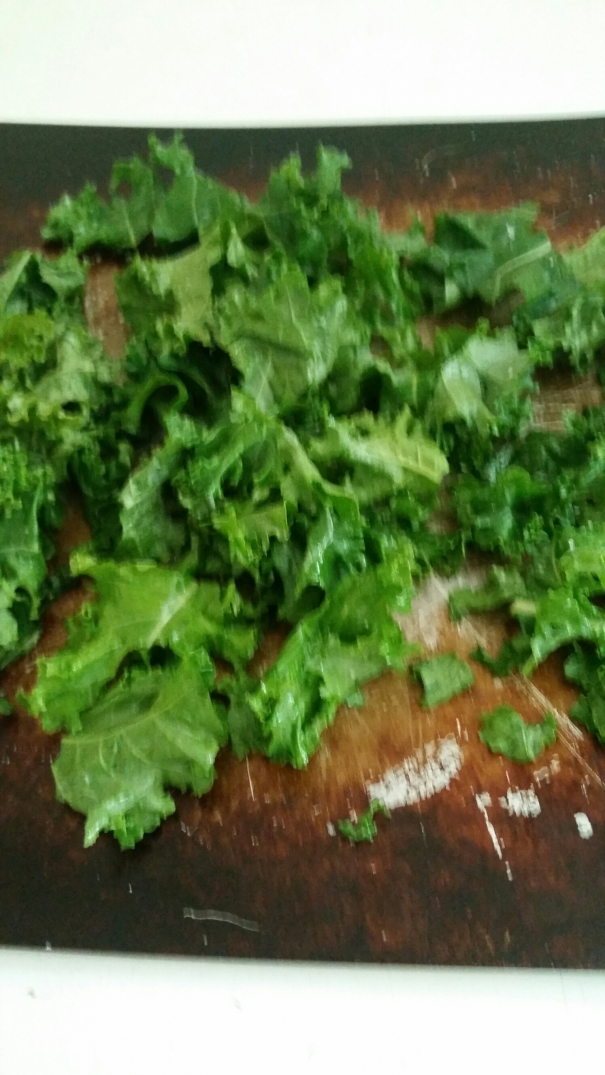 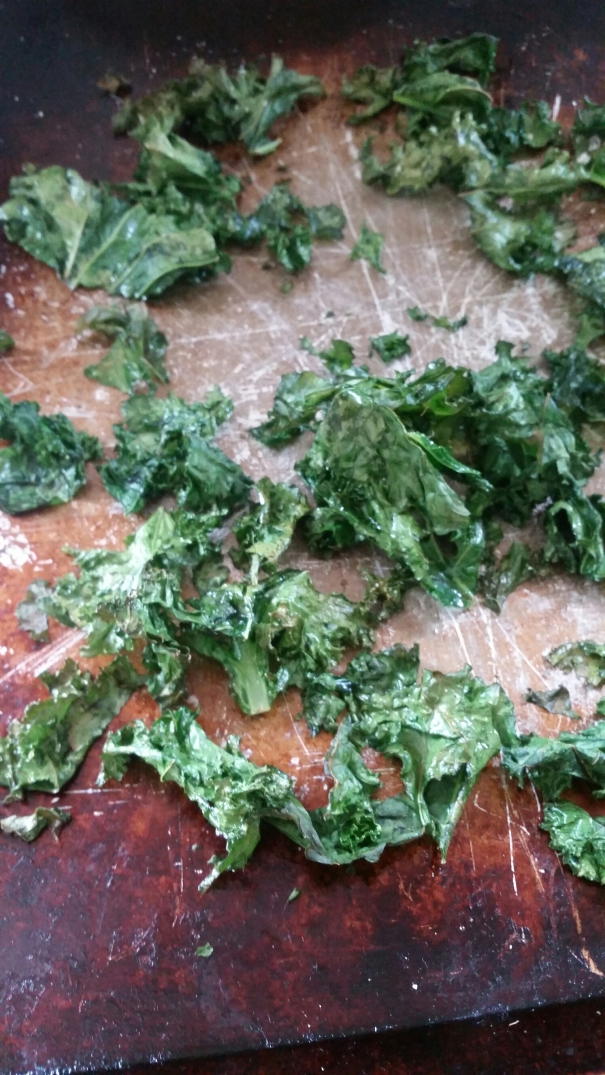 I really liked it. Originally I was going to put it on top of the soup, but I made it before the soup was ready. It reminded me a little bit of pumpkin seeds. The only problem was I had added too much salt. It may be because I have stopped using salt on my food so any salt would have been too much. Next time I make these, I will omit the salt and see what I think.

I think kale has quite a lot of potential as a part of my diet. It is one of those foods that has a very different taste when cooked than when raw.

The one thing I noticed is I am quite full from just a smoothie early this morning, some kale chips, and a cup of broth for lunch. Imagine how I’d feel if I actually had that surgery.

Do you have a favorite recipe that involves kale?

9 comments on “For the KALE of it”