I love gnomes almost as much as I love flamingos, so I could not let the letter G go by without a mention of them.

Don’t these three look ready for an adventure? 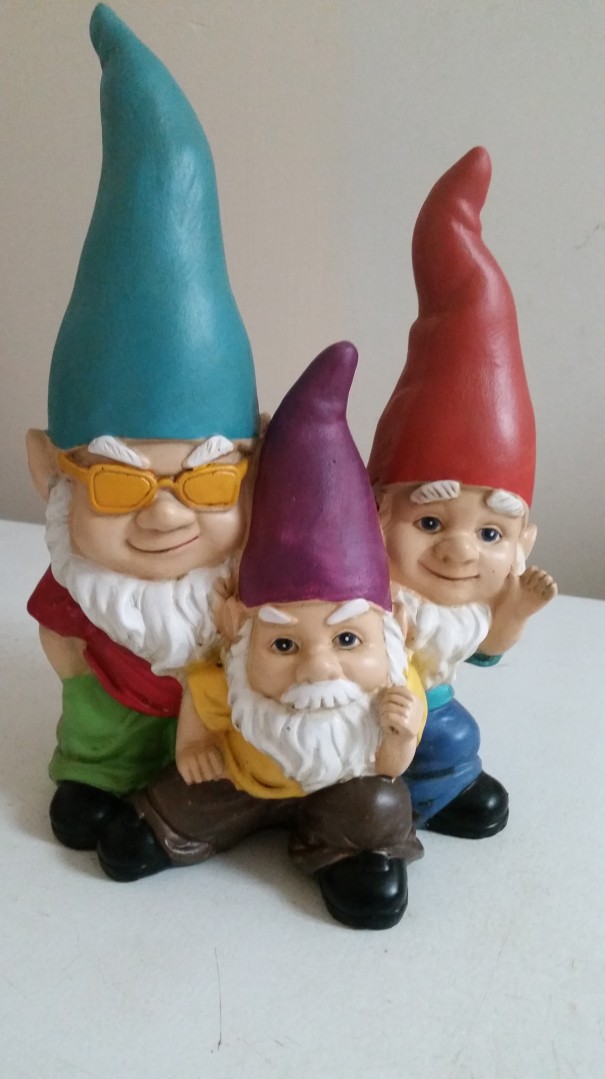 I think they’re always on the lookout for ghosts. Notice the one wearing shades; he needs them to filter out the sun’s rays. Apparently it is easier to see ghosts at night, but he wants to find them during the day as well.

A long time ago, I mentioned seeing spirits at my house when talking to a friend. She said, “Oh, no, there would not be ghosts in your house because nobody ever died there.”

I think that was a logical response. Nobody had died in the structure that was my home. I just don’t have any proof that, in the many centuries that our Earth had been spinning, nobody has ever died on the land where my house is. Ponder that!

Still, I knew I had seen something in my home and I wondered about it. So, here are my thoughts….

In conclusion, I believe it is quite possible for my property to be inhabited by those ghostly beings. That is why I have my trio of ghost hunting gnomes. I don’t know what they will do should they ever encounter one, but it’s nice to know they are there.

What do you think? Do ghosts only stay where they died, or do ghosts even really exist?