this is part of the atozchallenge.

I know my flamingos are really just made of pink plastic that was once melted and put in a press to form the beautiful lawn ornaments they are. I know exactly how they were created because I watched a television show that featured them being made in a factory. It was a wonderful show.

I have to say I am a   somewhat sane person.

Still, I love my flamingos and I can’t imagine that anyone would fault me for my pretending that they are alive and they help me in my day to day activities. Truly they do. They inspire me and they make me smile and smiling makes every day to day activity a little more enjoyable. Just look at how cute they are.

They are conscientious creatures. 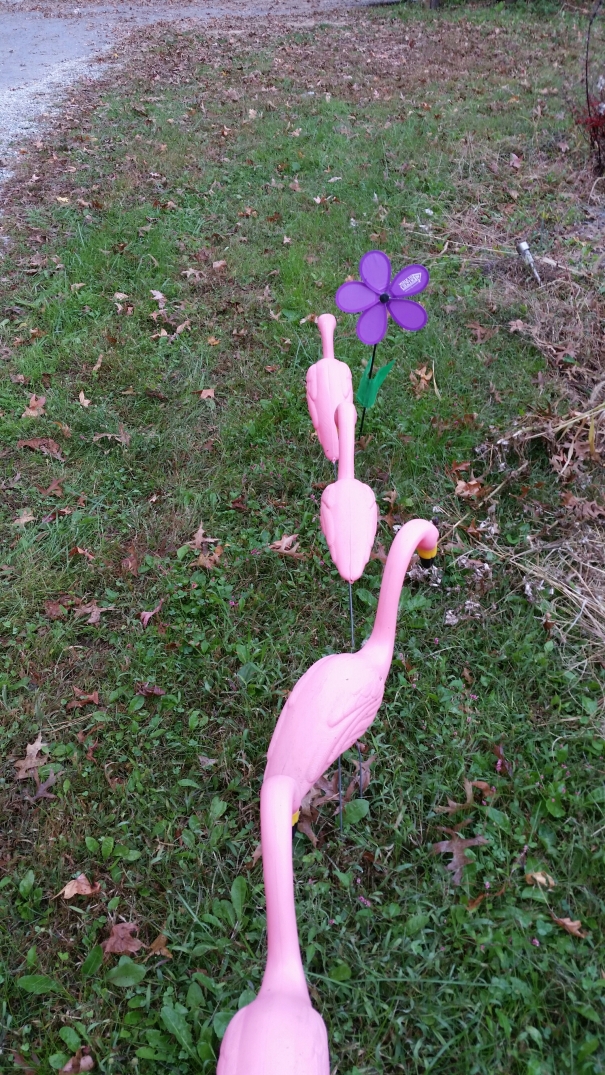 They are wonderful kitchen assistants. 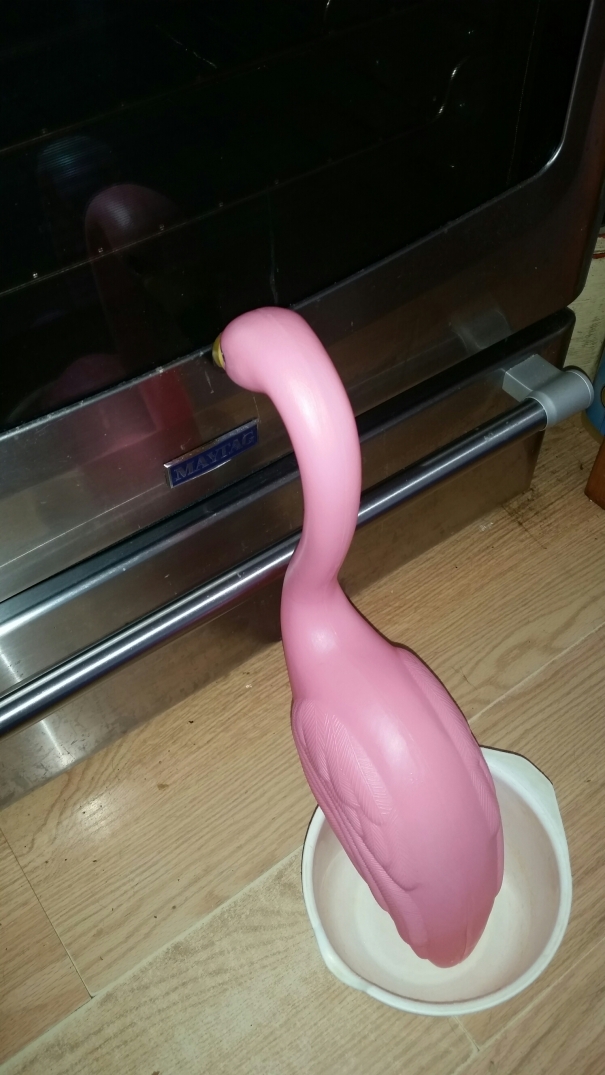 Watching to make sure nothing burns.

They are even helpful in the yard chores.

It takes teamwork to mow the lawn.

But, in reality, I know they are not living, breathing creatures and they probably do not have souls. What they do have is the ability to bring me joy and that is a wonderful thing. I simply could not let the letter F go by without mentioning my beloved pets.

Now, for the F to make you think and question what you believe.

Approximately 4 years ago I went on a camping trip with a new friend and our children. I  r do not like camping, so I was a little on edge during our trip. My friend was driving and we were talking about all kinds of things – my book, our beliefs, mutual friends – when she said something that made me literally shake my head as if I hadn’t heard her correctly. I stared at her as thinking, maybe – just maybe, she should not be the one to drive us to the campground.

You see, she was talking about a little girl who had set up fairy homes in her room and really believed the fairies were there. My friend said something that indicated she (a fully grown adult rational person) was certain the little girl was always surrounded by fairies.

“You believe in fairies?” I asked. I am sure my tone was a tad condescending which is absolutely NOT how I try to speak to my friends.

Then my friend gave a quick, pleasant, calm look. “Let me ask you this,” she said looking back at the road, “do you believe in angels?”

I relaxed in my seat a bit, knowing she was driving competently, and pondered question for a nanosecond. “Yes, I do.”

It wasn’t really a matter of thinking about it. I have always believed in angels.

“Why do you believe in angels?” she asked.

“Well, because I have always believed in angels. I have seen them. I have felt them in my life. I know they either appear or send people to help us when we are in trouble.” I did not tell her about those times, we were not that well acquainted! “Besides, the Bible talks about angels, and I learned about them at home and in Sunday School.”

“What is so different from angels and fairies? If you believe in angels, though most people don’t see them, why can’t you accept that fairies might be real?”

That question really made me think. I mean, I thought about that question for a long time. I had to give it to her, fairies might exist, right? I was certainly not going to judge her for believing in it.

Later that year, my human and I went on our vacation to Ocean City. All of the people working in the stores and restaurants tend to be college students from other countries. The younger humans and I have a game we play where we try to guess where the worker is from and then we ask. We are always happy when we are correct.

On this trip it was just my human and I sitting in the Dough Roller. I asked the waitress where she was from, and she said Ireland. Without even thinking, I immediately (and somewhat eagerly) asked if she had ever seen a fairy.

The look she gave me was memorable. It was as though I had actually started sprouting daffodils out of my hair.

“You do know fairies aren’t real, don’t you?”

My human is used to me now, he just laughed with me.

The funny thing is, the book I was writing was magical realism, but I was determined it would not have fairies, dragons, vampires, werewolves, or zombies. It was only going to have magic and spirits in the way I imagined would be somewhat possible. That conversation with my friend challenged my beliefs and changed my mind. Now, four years later I have finished my book and it definitely has fairies.

So, do you believe in fairies? Have you ever seen one?