Home › Uncategorized › The Fairies Made Me Do It

The Fairies Made Me Do It

Disclaimer: I am NOT a poet. Please do not read this with the idea that it is going to be good poetry! 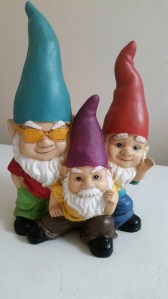 It could have been the gnomes, but I suspect the goblins.

It had to be the goblins who spread the word so far and wide,

that there was a home in which to reside;

but only for those who would abide,

the code of the goblins.

And thus the Goblin Lord was born.

The Goblin Lord moved in with glee,

Then cut down every blessed tree,

living between our properties.

He thought it would be grand, to trod upon my land

in search of opportunity in which to destroy

And thus the Goblin Lord was king

He yanked their routes up from the ground.

He did it with ear piercing sound,

the woodland creatures to astound.

With chains of metal fierce and strong,

He yanked the stumps from where they belonged

and dragged them to his bonfire throng

Unceremoniously, he burned the trees entirely,

without showing any gratitude for the life of the trees

as all good spirits would.

It started with my favorite buds,

the Pachysandra and Forsythias 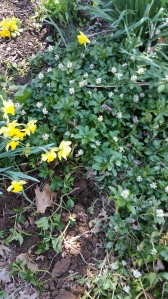 They were transplanted to a better place

one the fairies foretold would reclaim our space,

as separate from the Goblins’.

So with the fairies guiding me,

I found the pink ribbon that hangs from a tree,

to mark the edge of the property.

I cleared the branches carelessly cast aside,

arranged them in a creative pile,

and thanked them for their sacrifice

While the fairies sang the songs they sing,

I planted a garden fairy ring.

The pachysandra formed the core

I was not to go unnoticed

by the goblins who all gloated

as my shoe in mud then floated.

I pulled my shoe out of the muck

and heard the fairies all scream, “ROCK”

the rock that been delivered the day before

to line the driveway but we could get more

I heard the fairies cheering loudly

as I spread it along the road so boldly

They told me it was drawing a line of stone

that could be crossed by good spirits alone

and would keep the goblins at bay

I considered it a successful day. 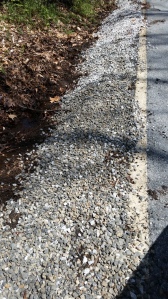 For the Goblin Lord was tamed.

So when the humans return home and ask about what I’ve done,

I will simply tell the truth.

The fairies made me do it

I wondered why the delivery guy

and then I realized with great pride

the fairies made him do it.

8 comments on “The Fairies Made Me Do It”